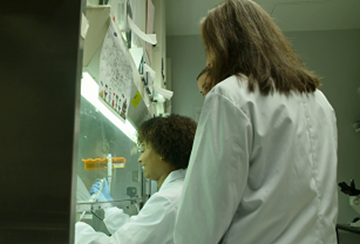 Amgen Scholars: Science Learning for the Next Generation of STEM Leaders

Amgen Scholars: Science Learning for the Next Generation of STEM Leaders
​


As past students will tell you, Amgen Scholars is all about opening doors.

The program allows undergraduate students with an interest in science, technology, engineering and mathematics to spend part of their summer undertaking extra STEM education at premier research universities. A huge draw of the program is the chance to meet like-minded students while rubbing elbows in the lab with faculty and other leading scientists.

With its emphasis on mentorship, Amgen Scholars aligns with the Amgen Foundation’s mission to nurture science education.

“I've been able to expand my network, in terms of [meeting] senior scientists, not only in academia but also in industry,” says past participant Alyssia Chin. In order to attend, she travelled from her home institution of McMaster University in Hamilton, Ontario, to Amgen Scholars’ Canadian site at the University of Toronto. (Here, Chin shares more thoughts on how Amgen Scholars opens doors

Applications for the 2022 Amgen Scholars program are now open and will close in February 1, 2022.

There are five regional Amgen Scholars programs around the world. The Canadian edition is open to undergraduate students who maintain a cumulative GPA of 3.2 or higher in any discipline, though students who aspire to a Ph.D. in a STEM program are especially encouraged to take part. As a bonus, the Canadian cohort of Amgen Scholars take a trip each summer to a symposium in California with their U.S. counterparts.

Amgen Scholars mentor Molly Shoichet says one of the key benefits for participants is the chance to roll up one’s sleeves and engage in some hands-on, cross-disciplinary STEM learning. “The Amgen Scholars program is for undergraduate students in STEM to have the opportunity to work in a research laboratory,” says Shoichet.

A University Professor at the University of Toronto, Shoichet is a well-known biomedical engineer and expert in the use of polymers for drug delivery and tissue regeneration. Here, she talks more about how Amgen Scholars fosters careers in STEM.

Turning science learning into a career

Chin says the experience opened the door to seeing her future career. Participating in Amgen Scholars helped her understand the path that leads through graduate and/or medical school and onwards to a career in STEM.

It also encourages young scientists to imagine how they, too, will create paths for others like them in the future.

“For me,” Chin says, “being in the lab, being mentored by great women and great scientists and being welcomed into the community has shown me how important it is for me to continue on a career in STEM.

“I really want to be a great mentor, for especially young black girls. Growing up not really seeing people that look like me or that talk like me in that space was a little discouraging. But in 30 years, a young black girl who looks like me can say … ‘I can do that, too.’ I think that's something that really motivates me in science, and also in my other endeavours.”

Are you an undergraduate resident in Canada with an interest in accelerating your STEM education? Applications for Summer 2022 are now being accepted. The deadlinee to apply is February 1, 2022. Visit this page for more information about Amgen Scholars, including information on how to apply. 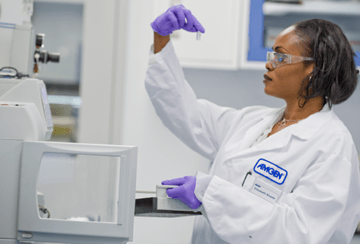 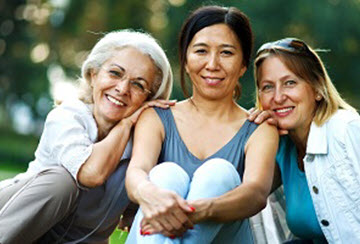